Priapism: What It Is

» Priapism is a prolonged (lasting four hours and more), undesired erection of the penis. It is not related to sexual arousal or sexual stimulation, and it is usually painful. Most practitioners view priapism a medical emergency because the condition can lead to sexual dysfunction, impotence or penile infection.

To understand the nature of priapism, it’s essential to grasp the mechanics of an erection that happens when the blood vessels in the penis relax and then open. ED drugs, such as Levitra, don’t initiate erection — a man needs some sort of sexual stimulation — but they certainly set the stage by boosting enzyme action in the erection chambers. As soon as the stage is set, the spongy tissues (corpora cavernosa) along the penis length become filled with blood and harden, while the veins carrying blood from the penis shrink. 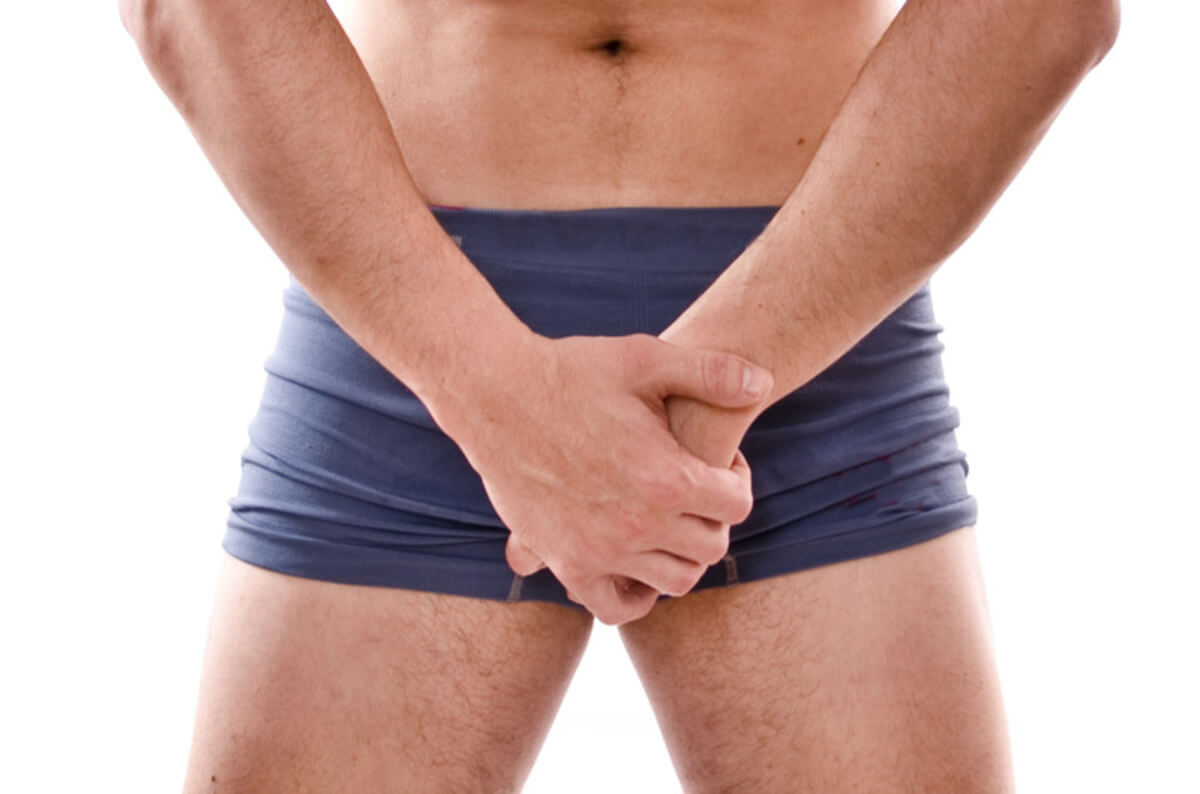 Sadly, in the small percentage of men prone to priapism, this system goes out of order, and they cannot get rid of the erection once it is in place. Long story short, blood can flow in, but it cannot flow out.

If an erection continues for 12 hours or longer, the tissue in the erection chambers can be irreversibly damaged, and this can lead to serious erectile dysfunction. Such men may not be able to get a full erection in the future, only a partial erection.

The Causes Of Priapism

A healthy erection happens in response to sexual stimulation. Priapism happens when certain parts of the system — the blood vessels, nerves or smooth muscles — modify normal blood flow. As a result, the erection persists. Although the underlying reasons of priapism are not easily defined, certain conditions can play a role.

Medical conditions that can lead to priapism:

Trauma as a trigger of priapism:

Medications (selected drugs enlist priapism as one of the side effects):

You are probably familiar with those warning messages at the end of Levitra, Viagra or Cialis advertising about seeking immediate help if you have an erection persisting for four hours or longer.

Rough statistics from the adverse event reporting system in the United States (AERS) regarding the erectile dysfunction (ED) drugs Viagra, Cialis and Levitra show a total number of 93 cases of prolonged erection of four hours and longer or painful erection lasting six hours and beyond (priapism) for the year of 2007 — 74 for Viagra, 16 for Cialis, and three for Levitra.

Viagra, the most popular ED drug, and Levitra`s PDE5 counterpart, has demonstrated a similar pattern in respect to the percentage of priapism cases in the total amount of side effect cases reported — the share constitutes 0.67%. 45% of Viagra takers who reported priapism were men of 50 years and older.

Cialis, the second most popular PDE5 drug, with 134 reported priapism cases out of 16,971 total reported side effect cases, over the same period of time, yields 0.79% share of priapism — only slightly more than for Viagra and Levitra.

As US data shows, PDE5 inhibitors are very unlikely to cause priapism in patients (less than 1% of all side effect cases reported), with less than 500 people affected over the last 14 years. We can safely extrapolate these statistics patterns on other geographies.

“Priapism caused by ED drugs is pretty rare,” says Dr. Ira Sharlip, spokesperson for the US Urological Association and professor of clinical urology at the University of California at San Francisco. He adds that — although he had taken care of priapism cases at the emergency room — it is really rare. After 10 years of prescribing PDE5 drugs to dozens of thousands of patients, Sharlip has never witnessed a case in his patient and therefore stopped discussing priapism as a potential complication altogether.

Ischemic priapism represents a type of compartment syndrome when the pressure in the corpora cavernosa area of the penis compromises blood circulation in the cavernous tissues. The key symptom is ischemic corpora, as indicated by dark blood visible during the corporeal aspiration procedure. At least 95% of all priapism cases occur by an ischaemic mechanism. If left without treatment, the loss of oxygen can impair erectile tissues, and lead to the formation of scar tissues and a permanent sexual function loss.

Recurrent or stuttering priapism, a variety of ischemic priapism, is a very rare condition. It happens in men who have an inherited disorder known as sickle cell anemia characterized by the red blood cells of abnormal shapes. Sickle cells may block some blood vessels in the penis. As the name suggests, recurrent priapism represents recurrent episodes of prolonged erections and frequently includes episodes of ischemic priapism. In most cases, the condition emerges with short painful and undesired erections and might develop over time into more persistent and more prolonged erections.

Attributes of high-flow priapism include the following:

Execute an electrocardiogram (ECG) for the patients older than 55 years of age, who are a possible surgical candidate or have a history of cardiac disease.

The treatment of low-flow priapism suggests multiple modalities and will be subject to how long the priapism has been in place and the results of the above-mentioned tests. The procedures are performed in a stepwise manner with a surgery called in as a last resort. Sadly, some of the treatments of priapism can potentially lead to erectile dysfunction later on.

Steps of treatments for low-flow priapism include:

It is worth noting that persisting low-flow priapism can bring up some extent of cavernosal fibrosis and a consecutive loss of penile length. If this is the case, insertion of a penile prosthesis could be required to maintain penile length.

High-flow priapism usually clears off without any treatment. Since there is virtually no risk of impairment to the penis, your physician is likely to suggest a watch-and-wait approach. Applying ice packs along with pressure on the perineum area might be helpful in ending the erection.

What advice about priapism must be provided to patients?

Although priapism, in all likelihood, is a rather rare side effect, all male patients taking medications that may trigger priapism must be advised on its symptoms.

As a rule of thumb, priapism or any erection staying four hours or longer accompanied or not accompanied by sexual stimulation demands immediate medical attention to prevent potential complications.

16 Most Popular Questions About Levitra From Customers

Versatility of Levitra: Perspectives of Administration

Erectile Dysfunction Solutions Erectile dysfunction is met quite often. Its incidence in population depends on men’s age. Erection disorders in men at thirty in average are exposed in almost 16 per cent of cases, whereas at forty they reach 39 per cent, at fifty – 67 per cent, and at seventy – 83 per cent. Etiology of ED is varied and multifactor, although its organic forms prevail. PDE5 inhibitors introduced in practice in 1996 made a real revolution in ED therapy.

How Levitra Is Different from Other PDE5 Inhibitors

Nowadays, men suffering from erectile dysfunction are presented with several drug alternatives that allow them to overcome the issue and enjoy their sex lives. Choosing the right medication is essential as what works for one person may not deliver the needed effect for another. In this article, our team will take a look at Viagra Vs Levitra Vs Cialis and see the most prominent differences. Which PDE5 inhibitors are available? If you have ever looked into ED drugs in more detail,
Prev POST
Next Post
Read More