Recovering from the prostate surgery is a process that requires patience and rehabilitation measures. Studies showed that post-surgery patients should not only wait for their erectile function to restore itself gradually as the tissues heal, but also work on their progress. The problems of poor blood circulation and consequent low oxygen supply in the penile tissues will follow the surgery and, without the needed rehabilitation, may cause secondary damage to the cavernous tissue. Viagra is proved to be effective rehabilitation treatment after the surgery on the prostate gland.

Why Does Postoperative Erectile Dysfunction Occur? 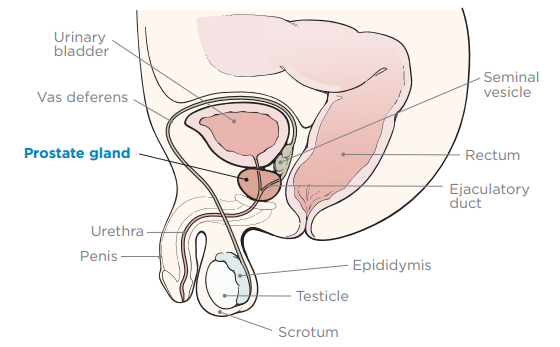 After the prostate surgery, done either through open surgery or a robotic or laparoscopic approach, there is a potential risk for erectile dysfunction. This happens because the nerve tissues and the blood vessels that play the crucial role in producing an erection are closely attached to the prostate gland. After the surgery, the patient doesn’t lose the sensations in the penis and can achieve an orgasm, but the injured nerve tissue will not be able to release enough chemicals to trigger vasodilation sufficient for achieving an erection. Even when the most modern equipment and techniques are used during the surgical procedure, some nerve damage still occurs, and the probability of the postoperative ED is high.

How Effective Viagra is for the Rehabilitation

After the tissues partly heal, about 4 to 6 weeks after the prostate surgery, the doctor usually discusses with the patient the erectile function and the treatment options. Viagra is among the first medications the doctor will choose to prescribe if you have no contraindications to it.

For the recovery, Viagra is taken in the dose of 100 or 50 mg; the patient should take it approximately 40 minutes before attempting to have sexual intercourse, not more than one time in 24 hours. It is important to take it at least two times a week and try to have an erection in the rehabilitation period. Some doctors prescribe for the recovery a daily bedtime dose of Viagra.

Studies showed that using PDE5 inhibitors and Viagra, in particular, can provide several times greater improvement of the erectile function in the postoperative patients compared to those without the treatment. One study was held in 2008 and involved 76 patients four weeks after prostate surgery. They were divided into three groups. To one group the placebo was given, and others took 50 mg or 100 mg of sildenafil nightly. After 36 weeks of treatment, the rest period of 8 weeks was provided. After that, firm spontaneous erections occurred in 27 % of men in Viagra group and only in 4% of men in the placebo group. This shows 7-fold improvement with Viagra compared to the patients who didn’t use it.

Scientists agree that there have not been done enough studies yet to estimate the exact efficacy of using Viagra or other PDE5 inhibitors for penile rehabilitation, but it is evident that these medications strengthen and hasten the improvement.

Although Viagra is usually well-tolerated, the medication has some significant contraindications. Viagra cannot be used with drugs called nitrates and alpha-blockers. Using it with these and some other heart or hypertension medications can cause your blood pressure to drop to dangerous levels. Consult the doctor before using Viagra.

Using PDE5 inhibitors for penile rehabilitation serves another important purpose. After the nerve and blood vessel trauma, the tissues of corpus cavernosum suffer from low oxygen supply. Sexual performance and erections, which fill the penis with blood and bring in more oxygen, would be very useful, but they cannot occur naturally at this time. If the proper therapy is not used, with time the tissues may become less flexible and less able to produce erections. Viagra and other similar medications called PDE5 inhibitors increase blood circulation in the penis and enhance the oxygen concentration in the penile tissues. That is why this treatment should be applied early after the surgery and continued for several months. Using Viagra and trying to have an erection in the process of rehabilitation helps preserve healthy muscles and creates perfect conditions for the recovery.

Other Options to Support Recovery

Viagra is usually helpful in the postoperative treatment, and the doctor will prescribe it. But if it does not show the desired effect, another treatment options will be considered, such as another PDE5 inhibitor, vacuum erection device, MUSE intraurethral suppositories, injections into the side of the penis or penile prosthesis.

Another PDE5 inhibitor may be tried as an alternative to Viagra. Using tadalafil will minimize visual-related side effects, compared to other PDE5 inhibitors, but it may cause muscle pain and back pain as a side effect. One study showed the efficacy of avanafil in the patients who are recovering from prostate surgery. Although all the PDE5 inhibitors operate in a similar manner, one may work batter for some men than anther.

Recovering from prostate surgery can be a frustrating process. It is crucial at this time for a patient and his partner to understand that some time will be needed for regaining sexual strength. Experts estimate that first 3 – 6 months after the surgery the erection probably will not happen. It is crucial not to be upset with the results at this time and not to expect too much, but continue the rehabilitation therapy. After six months some improvement probably will be achieved. Even at a 12 months point, statistically, only 50% of the prostate surgery patients will return to their approximate baseline. Spontaneous and nocturnal erections are not expected to appear within the first 3 – 6 months. The full recovery process may take two years.

The following are the tips on what to remember while regaining your strength after the surgery:

Recovering from a prostate surgery is a natural healing process that takes time, and frankly speaking, lots of time. We aren’t able to see all that is going on in the tissues that are being healed. It may happen that a patient seems not to achieve much progress during the first several months, but with time his erectile function may spontaneously improve.

What is vasectomy? In the United States alone, 500 thousand vasectomies are performed every year. Couples often choose vasectomy as a means of birth control. They prefer this operation because it is safe, effective and can be performed using minimal techniques. What can be achieved with a successful vasectomy? If a vasectomy is performed in a proper way, it interrupts the flow of the sperm from the testicles to avoid unplanned pregnancy.
Prev POST
Next Post
Recent Posts