Americans Save 90% Of Drug Cost Shopping in Canada

» There is no up-and-running system for regulating the drug prices in the U.S. Customers feel very much unprotected against whichever price pharmaceutical companies see fit. And according to a recent polling by the Kaiser Family Foundation, 72% of Americans believe the current prices for prescription drugs to be unreasonably high. There is also a bad for accountancy of pharmaceutical groups, with 42% of the U.S. citizens wishing for drug developers to explain the rationale behind price formation. The majority of the respondents expressed a belief that it is profits that pharmaceutical companies put before anything else.

To counterbalance such wide beliefs, a spokesperson for the pharmaceutical trade group PhRMA (Pharmaceutical Research and Manufacturers of America) headquartered in Washington D.C. points out that developing a new drug takes around 10 years, and a whooping $2.6 billion to bring a drug to market, give or take. Now, this could explain an extravagant price set for each and every brand name medication found on the U.S. market. And we are not talking understandably costly pharmaceuticals like those used in cancer treatment, but regular pills found in the medicine chest of an average American family.

A good example for that is Canasa (mesalazine), an anti-inflammatory drug used to treat ulcerative colitis and a number of related conditions. The price set by the developer company for Canasa in U.S. drugstores is $800 for a monthly supply (30 suppositories). A ten days’ supply of antibiotics used for strep throat (the drugs of choice being amoxicillin, cephalexin, or penicillin) will leave a wallet of an American tax payer $200 lighter.

As if to add insult to injury, Americans can have a peek at price tags that read one-tenth less across the northern border. The aforementioned substance mesalazine marketed as Canasa in the U.S. is available under the name of Salofak up north, with a price tag that spells $90 attached to it. Nope, this is not a typo and we didn’t miss out on typing in that zero. And this is not the end of story yet, we are saving the the sappiest bits for the punch line: both Canasa and Salofak are produced by the same pharmaceutical company. Obviously, in case of Canadian buyers the drug developer displayed much more sensitivity to how high a price customers are willing to pay.

The point in flinging all of the above facts on you is not to make you feel gouged and defenceless. There are plenty of things that counterbalance the through-the-roof prices set by U.S. drug producers (in reality, not so many, but there are handfuls of opinions that maintain this idea). Thus, a famous U.S.-based drug manufacturer claimed that imposing state regulations on price formation would ‘stifle the ability to get treated correctly’ and even detrimentally affect life spans. The bottom line is, there is nothing fundamentally good or bad, and not all of the Canadians believe that their system of state controls is a panacea. But if you feel like you could do with a couple of (hundred) bucks saved on your pharmacy shopping, you should give online pharmacies of Canada a try.

Government-run Patented Medicine Prices Review Board is the main regulatory body in Canada that sets price controls for every new drug on the market. Some argue that this practice slows down emerging of new pharmaceuticals. Be it as it may, one thing is for sure, and it is that state-controlled prices do not stand a single chance of soaring out of sight. Citizens do not pour cold sweat of fear filling their prescriptions. General accessibility to pharmaceutical treatments in Canada s several times higher its next-door neighbour have ever had.

When a new drug formula is discovered, the approval process ends with setting a price and having it confirmed by the regulating authorities. Needless to say, that the rationale behind every digit on the price tag needs to be presented in front of the respective committee. There is also a rule regulating prices for breakthrough novelties, levelling them with the average prices established for their analogs worldwide.

» You may also like: My Canadian Pharmacy – Generic Viagra and Other Drugs Safe and Cheap Online

In a nutshell, this is how Canadian pharmacies get to quote prices that are up to 90% lower than that of the American drugstores. If you’ve already packed up for a little shopping spree up north, we suggest that you brake and read some more on the options you have at your disposal from where you are.

Canadian discount drugs for everyone 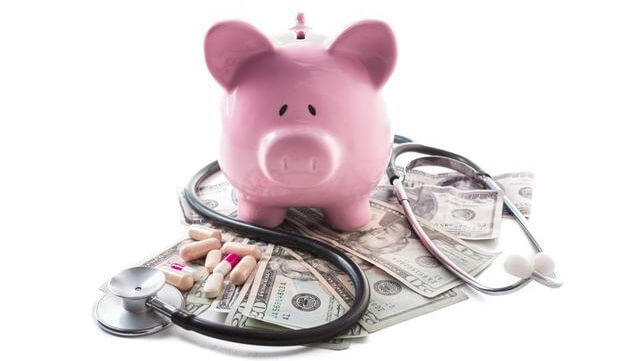 If the cost of shopping for drugs available domestically threatens to blow you budget every time, consider finding a loophole in the system. Millions of customers flock to the northern border in search for reasonably priced medications, but you could skip even that with online Canadian pharmacies readily available at your fingertips. However, before you do that, carefully observe the FDA regulations written for interstate shipment of pharmaceutical products. Rigorous as they might be, by conforming with those requirements (basically, your bona fide practice as for illegal substances, which we are certain was not your original plan to order by mail) will save you a lot of drudgery.

The next step is to actually choose your drug supplier based in Canada. Choose from the list of approved pharmacies that undergo regulations that are as rigid in their country of origin as they are in yours. Alternatively, use a service like My Canadian Pharmacy, which is in essence an all-inclusive platform that brings together the best price offers from reliable drug producers based both in Canada and overseas.

Double-check the shipping fees, or you might end up spending the money saved on products for having them delivered, which would defeat the purpose entirely. The danger of paying through the nose for shipping charges is not there if you order from My Canadian Pharmacy platform, which is an added value of this service.

To take frugality one step further, consider skipping brand-name drugs altogether. The principles of price formation practised by large drug developing companies unbeknownst to a rank-and-file Joe, there is every reason to stay away from those sky-rocketing costs. Millions are being saved by accumulative effort when customers opt for generics in lieu of pricey brand meds right as we are speaking. Read more on generic drugs in the next paragraph.

Difference between generic and brand drugs

We should start by saying that all other things being equal, optimal health results can be achieved with either generic or brand treatments without a slightest difference in effects or safety, simply because the active components used in both are the same. What makes a world of difference though is the price.

As previously mentioned, it takes a decade on average for a drug to leave the pipeline, and big money is riding on the issue, too. So the developer company needs to win back the investments made at the early stages of a drug existence before making any profit. And then, of course, there follows the profit-making stage. And this vicious circle never ends, since by the time a drug is in its zenith, there is another drug in the making. And make no mistake that it is customers like you who pay for every industry’s breakthrough.

One way of breaking away from the circularity is to consistently choose generics over brand drugs. Generics are produced by companies that receive the approval of regulatory bodies after the developer’s patent expires. Starting from patent expiry date, customers get access to a much more diversified variety of pricing.

» The actual difference you will observe between branded pills and their generic counterparts lies with copyright-protected attributes like name and appearance. Generic name is retained within the international nomenclature, it always stays the same.

The take-home message is that there is always a way to access affordable treatment. There is no need to skip your mortgage payment or save on groceries trying to make the ends meet and get medicated at whatever cost. With a little bit of common sense and due caution exerted in the process, you will win big and improve your health without compromising.

The labeling of medicines is mandatory for all drugs at My Canadian Pharmacy. It is specified that the purpose of the project is to protect the population from falsified, inferior and counterfeit medicinal products. The project itself is designed to bring order to the procedure for recording supplies and distributing drugs, and to solve the problem of illegal drug trafficking forever. How Does the Drug Labeling System Work? Monitoring of the movement of medicines is necessary in order to check that it is the original products from the manufacturer that will reach the buyer.

Dissatisfaction with sexual life negatively affects relationships both in the family and at work. The most common cause of male sexual issues is erectile dysfunction. Generally, a man suffering from ED cannot fully perform in sexual intercourse. Modern drugs boosting erection easily solve the problem of insufficient sexual life, caused by impaired potency. Which of them to choose? The most common brands for solving problems with unstable erection are Levitra, Viagra and Cialis. My Canadian Pharmacy offers its customers a unique chance to consider them in comparison,

Erectile dysfunction (or, simply, ED) is a delicate disorder faced by many gentlemen, especially those after 50. With the help of contemporary treatment it is possible to obtain rather stable results and make sexual life much more smooth and pleasurable. My Canadian Pharmacy PRO is delighted to announce the launch of a new exclusive limited offer – Viagra + Cialis Powerpack! The key advantages of the offer are: 10 Generic Viagra and 10 Generic Cialis pills,
Prev POST
Next Post
Read More