» Breakfast is one of the things that can set your mood for the whole day. It is also one of the most controversial issues in dieting and healthy eating. Many people find that it is not important at all, so they just skip it and replace it with a cup of coffee – or nothing at all. Others think that it is crucial to consume a hefty meal in the morning, so they never fail to have breakfast even if they don’t want to or don’t have enough time. Some people don’t really give it a lot of thought and just make the decision randomly every morning. Whose approach is right and what do you have to eat for breakfast to make it beneficial for your body? Read on to find out.

Is Breakfast a Good Idea at All?

Breakfast is the first meal you have in the morning, and it is also the subject of many disputes among scientists, dieters, and athletes. Various studies conducted at different times seem to be in favor of always having breakfast, but every once in a while that conclusion is contradicted by other studies or experiments.

According to the studies, the most common reason for skipping breakfast is the assumption that having two meals during the day instead of three helps minimize daily calorie intake, thus contributing to successful weight loss. Many people also prefer not to have breakfast because they just don’t feel like doing that in the morning or simply don’t have enough time 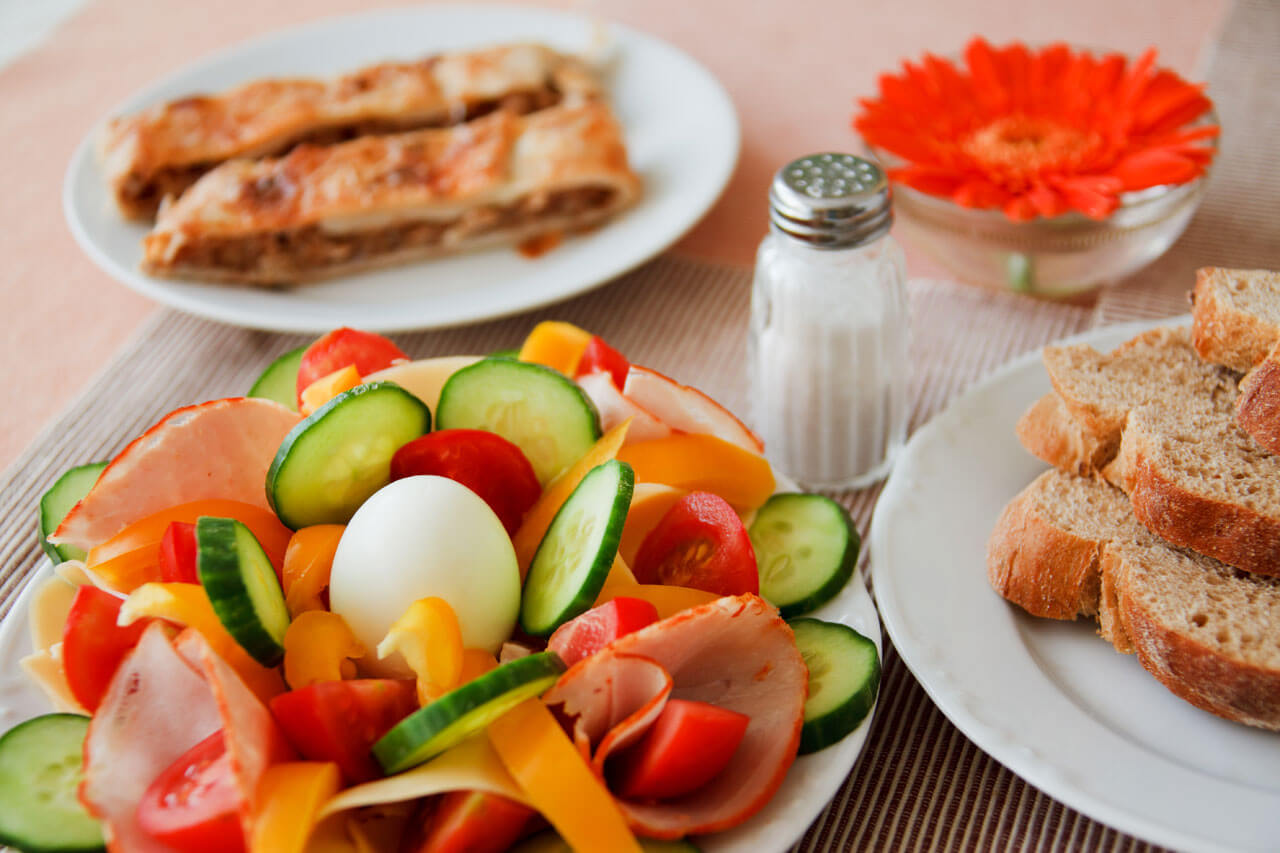 Those who never skip breakfast mostly do it because they believe that having a meal in the morning activates their metabolism and helps them burn more calories throughout the day. Also, having breakfast is supposed to reduce the number of snacks consumed during the day, as well as the overall amount of calories consumed after breakfast.

Conducting studies on the importance of breakfast is not easy because of several factors. First, such studies are often too short-term and inconclusive. Second, the definition of breakfast is generally a vague one, so it is not always clear what exactly was meant under “breakfast” by the participants of a study. Meals taken two or three hours after waking up can be seen both as breakfast and a snack. Also, a variety of products and beverages can be consumed for breakfast, so the calorie measurements will be different for most participants, which in its turn will influence the results of the study or experiment.

However, despite these difficulties in collecting data, most studies agree that eating breakfast is beneficial for your body. Most people really tend to cut back on snacks during the day and are also quite likely to eat less during lunch and dinner if they have had breakfast in the morning. What’s more, it is possible to make breakfast work in your favor by eating particular combinations of products which are capable of boosting your metabolism.

What Should I Eat for Breakfast?

Generally, when choosing what to eat for breakfast, people rely on their taste preferences and choose something that is easy to cook and can possibly be consumed on the go. Following this principle doesn’t necessarily lead to choosing the healthiest meals, so in this section, we’ll take a look at some options for a healthy breakfast that will satisfy your appetite, maintain your body in good condition and won’t leave your taste buds disappointed, either. The general rule for choosing a good breakfast is combining carbohydrates with some protein. Doing so will provide you with everything your body needs to start the day successfully. Fortunately, there is a vast variety of meals that fulfill all these requirements.

One of the most popular breakfast recommendations is oatmeal. It is rich in omega-3 fatty acids, potassium, and beta-glucan, which is capable of reducing the cholesterol levels if consumed on a regular basis. If you opt for pre-processed oatmeal which can be prepared instantly, you still get a healthy meal, but the steel-cut varieties (ones that take 10-15 minutes of cooking to be ready) contain more useful fiber. Don’t go for pre-sweetened oatmeal varieties, though, because they contain a lot of sugar which you don’t really need. Instead, you can use milk and honey to make your oatmeal tastier. Also, don’t forget about fruit and nuts which can be a great way to add some variety to your oatmeal breakfast. 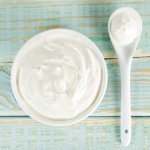 If you’re not a fan of oatmeal, you can turn your attention to Greek yogurt instead. It will help you start your day with an impressive amount of protein and calcium, making it another great option for breakfast. It is advisable that you choose the standard non-fat Greek yogurt with no sugar and sweeten it for yourself with various fruit. Another great source of protein are eggs, which were earlier often considered to be unhealthy due to containing high amounts of cholesterol. However, recent research has shown that the amount of cholesterol we consume with food doesn’t have such a big impact on the cholesterol levels in our blood. So, if your overall cholesterol intake is not high, you’re safe to include boiled eggs in your breakfast routine for a morning protein boost.

Fruits can also be a great choice for breakfast, not only as a sweetener for your oatmeal or yogurt but also as a stand-alone product. Eat a banana early in the morning to feel full even later in the day thanks to the fact that bananas (especially those which are still a little green) are rich in resistant starch. It is a healthy type of carbohydrates which help you stay full longer than most other foods. Adding grapefruit to your breakfast menu will result in natural leveling of your insulin and blood sugar levels, as well as help your body burn fat more effectively during the day. Pairing grapefruit with foods that are rich in protein (such as eggs) is a good idea for a healthy, well-rounded breakfast. Alternatively, you can start your day with a slice of watermelon to stay hydrated and benefit from the fruit’s ability to prevent cancer and heart diseases. It is also supposed to be one of the negative-calorie foods (it provides fewer calories than are needed to process it), but even if the negative-calorie theory is wrong, that’s still no reason to exclude watermelon from your morning diet.

What Should I Drink for Breakfast?

What you eat matters a lot, but what you drink can also have a significant impact on your health. It is important to stay hydrated during the day, especially if you live in a region with a hot climate. Leaving home without refilling your body’s liquid balance in the morning can result in feeling tired even early in the day, headaches and overall low productivity. To avoid that, you can drink a glass of water right after you wake up. This will activate your metabolism, keep your body hydrated and might even contribute to consuming fewer calories during breakfast, as well as during the rest of the day. It is also a good idea to complement your morning liquid intake with the following beverages:

Adding these beverages to your breakfast will help you stay hydrated during the day, as well as contribute to your general health in the long run.

With care about You, My Canadian Pharmacy www.mycanadianpharmacypro.com

A Different Perspective on Multivitamins

» We live in the age of multivitamin supplements. About half of Americans, especially of the age over 40, take daily multivitamin supplements with the purpose of preserving or improving their health. Do these supplements heal and not harm us? A little research will help us see that the aura of ultimate good that surrounds vitamins is not realistic. On the other hand, we should know that the deficiency of vitamins and minerals,

The Risks of Multivitamins

With the development of fitness industry and dietary science, more and more people turn their attention to nutritional supplements, vitamins, and antioxidants in particular. With every sports magazine promoting a healthy, vitamin-rich diet, and aggressive marketing campaigns run by additive manufacturers, the idea of enriching your diet with a couple of magical pills, available over the counter at every chemist’s shop, looks very alluring. However, fans of this modern tendency most likely know little about what kind of nutrients they take,

It is obvious that everybody wants to live long, healthy and happily. At that we do not only strive to reach a great age but preserve sharp mind, good health condition and working capacity. That is why we have prepared smart tips for you aimed to make your live fabulously healthy.  Train your brain In order to keep your mind clear and prevent Alzheimer disease,
Prev POST
Next Post
Read More