Birth Control: Which Options Do You Have?

» Sex is an essential part of many people’s lives, and in most developed countries, teenagers start leading an active sexual life at quite an early age. Sex is a pleasurable and exciting activity, but just like it is with anything else, you always have to pay for your pleasures. Apart from the risk of contracting sexually transmitted diseases, sexual activity has another downside to it: the possibility of unwanted pregnancy.

If a young woman gets pregnant before she is ready to become a mother, it is highly likely to have detrimental consequences both for her and for her baby. While abortion is widely considered immoral, and it is not even legal in many countries, the only way out is to give birth to a child which isn’t wanted in the first place. To avoid such situations, it is important to know as much as you can about birth control – a fairly simple yet effective solution for the accidental pregnancy problem.

How Do I Avoid Getting Pregnant?

First of all, what is birth control? Basically, it is a complex of measures that are designed to help women plan pregnancy by avoiding it when it is undesired. There are quite a few ways to achieve that, and all of them have their own advantages and disadvantages. Some of them are cheaper, some – more reliable, while others are faster and easier to use. All birth control methods can be provisionally subdivided into the following categories:

There are more than a dozen birth control options available to you, so it is really easy to get confused and struggle to make a conscious choice. Below, you will find a list of the most popular and effective methods with short descriptions:

1) Abstinence. Let’s make it clear: this is the only foolproof birth control option. If you consistently  abstain from sexual relationships, you will be 100% safe from pregnancy, as well as from STI. Plus, you are more likely to make a better choice of partner, as you’re going to be consciously focused on his personal qualities rather than following your sexual instincts on a whim. The obvious downside to this method is the fact that most people can’t imagine their lives without sexual relationships. You might face pressure from your partner to change your mind once you’ve made the decision to be abstinent.

2) The Birth Control Sponge (often branded as the Today Sponge). The sponge is inserted into the vagina prior to intercourse so that it can absorb sperm, blocking it from entering further. This method is effective in 90% of cases for women who have never given birth to a child before, and in 80% of cases for those who have (provided that the sponge is used correctly). It doesn’t influence anything in the body, so it is safe to use, but sometimes, it might cause irritation or allergic reactions. In addition, if it falls apart in the vagina, the woman is likely to need medical assistance in removing the sponge. The sponge can be re-used within 24 hours after the first use.

3) A Birth Control Patch. The patch is marketed under different names, and its effects are similar to those of birth control pills. The patch is applied to the bare skin once a week for three weeks in a row, pausing for the fourth week and repeating the cycle over and over again. It releases hormones into the body, so it is important that is stays on the skin for the whole week. It has a lot of additional benefits, such as protecting from PID and certain non-cancerous growths, but its side effects can be quite severe and require professional medical help to be resolved. The patch only fails in 1% of users (if applied correctly). 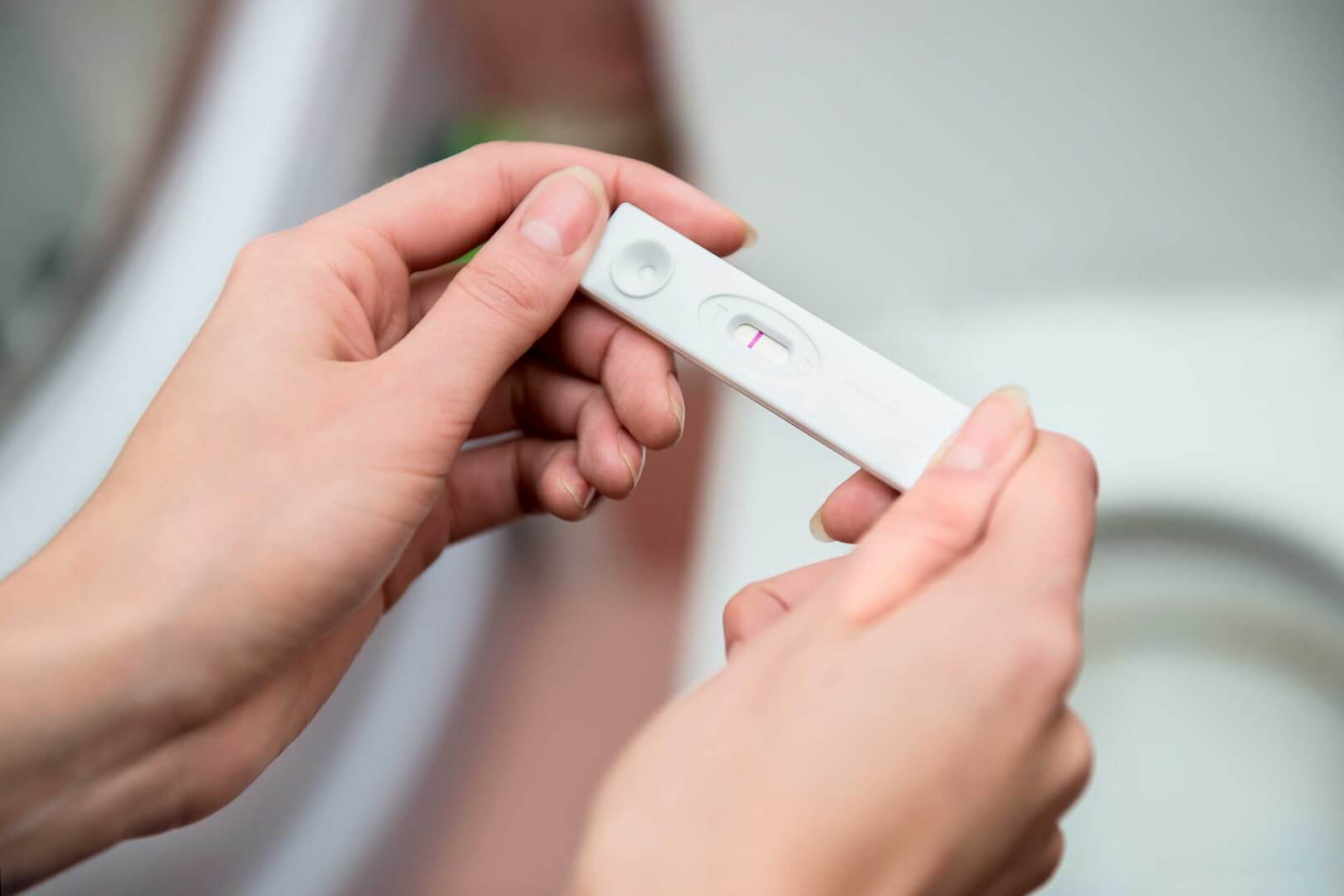 4) NuvaRing. This is an analog of the patch and the pill, with the exception that it is applied inside the vagina once a month. In addition to the benefits and disadvantages described above, NuvaRing is known to cause vaginal irritation or even infection in some women. Other than that, it is a safe and effective method of preventing pregnancy.

5) Birth control pills. Having described the patch and the ring, there’s nothing much to say about the pill. The pill also supplies specific hormones, which work as a pregnancy blocker in the female body. However, unlike previous forms, pills have to be taken on a daily basis. It takes up to half a year for most women to adjust to the birth control pills’ overall effect on the body.

6) Birth control implants. The implant is inserted into the upper arm, and it can protect you from unwanted pregnancy for as long as three years. It can be removed any time within those three years, but then, pregnancy might occur immediately. After three years’ time, a new implant can be inserted to prolong the protection. Implants also release hormones into the female reproductive system, making sure that the mucus in the vagina is thick enough to block the sperm. The implant can be rather expensive, costing up to 800$ for insertion and up to 300$ for removal.

7) Birth control shots. To receive those, a woman has to be physically examined by a healthcare provider. The first visit to the doctor (with the exam and the shot) typically costs around 250$. The shots have to be redone every three months, which will cost around 150$ each time. The shot contains hormones which act in the same way as in pills, implants, rings and patches.

8) Female condoms. Rings of various diameter make up female condoms, with the widest end remaining on the outside of the vagina and the narrowest one going inside. Female condoms are commonly made of polyurethane, so they are a good idea for people who are allergic to latex. They are safe, fairly effective (5% failure rate if used correctly) and stay in place better than male condoms. However, there is always a risk of them slipping out of the vagina if not placed properly, so users have to pay attention to that. Female condoms are known to sometimes cause mild irritation in women as well as in their sexual partners. Users also report somewhat muffled sensations during intercourse for both sexes while using female condoms.

9) Breastfeeding. This a natural, safe and very effective way of preventing pregnancy. However, its biggest disadvantage is the fact that it can only be used within six months after the baby’s birth and only if the mother is breastfeeding the child at least once in four and six hours during the day and the night, respectively. If the baby receives any other nutrition except for mother’s milk, the method is twenty times more likely to fail. However, if everything is done as described, the chances of getting pregnant are lower than 1%.

10) Cervical cap. Cervical cap is a small object that is placed against the cervix to prevent sperm from coming into contact with the vagina. If a woman has already given birth to a child, she might need a bigger cap to make sure that it is as effective as possible. A cervical cap is rather convenient because it is a one-time purchase, simple to use, and doesn’t influence the hormonal balance of the body. However, it might get out of place during sex, and the failure rate is higher as compared to hormonal medicines – up to 15%. In addition, cervical caps have to be used with spermicides, which are known to cause irritation in the genital area.

11) Outercourse. This a great way for people, particularly teenagers, to explore their bodies, engaging in sexual activities without the risk of pregnancy or contracting STI. Technically, outercourse is everything that happens outside the body, but some people consider anal sex to be outercourse as well. The main idea of outercourse is not letting the sperm come in contact with the vagina – so no vaginal intercourse. This method is free, highly effective, and can be used by everyone, even when all other methods are unavailable. However, if people get too aroused in the heat of the moment, outercourse may lead to unprotected intercourse. Thus, it is important to exercise self-control when using this method.

12) Vasectomy. This method is quite radical, as it involves blocking the tubes that deliver semen to the sperm, so a man can no longer father children after vasectomy. It is highly effective, but men have to make this decision consciously and under no pressure from their partner or their family, as vasectomy can be reversed, but only in some cases and it costs a lot (thousands of dollars). Vasectomy can be performed in two ways. The first one involves making a small cut on the scrotum to reach both tubes, while during the second one, the doctor punctures the scrotum to achieve the same purpose. The second method is called the “no-incision” method, and it is painless, as well as almost adverse effect-free. Normally, a man will fully recover from vasectomy within one week. During the recovery period, it is inadvisable to walk a lot, lift heavy weights and engage in sexual activity.

13) Birth control diaphragm. This works similarly to a cervical cap, except that it is made of silicone and is shaped like a dome. It is inserted into the vagina to block sperm from direct contact with the cervix. It is fairly effective (12% failure rate), inexpensive, and available to most women. A diaphragm also works best with spermicide.

14) The Pull-out method. It is also known as withdrawal, and it suggests that a man pulls out the penis before he ejaculates, so that sperm doesn’t reach the vagina. Many medical practitioners argue that withdrawal can’t be used as an independent birth control method because the risk of failure is too high (30% if performed incorrectly). Women who wish to use this method have to trust their partner, who in turn has to be sure that he will be able to control himself in the heat of the moment.

15) Fertility awareness. This method is based on the fact that every woman has certain periods during her menstrual cycle in which she can’t get pregnant. Getting to know the exact timing of these periods allows a couple to have sex without risking undesired pregnancy. However, they normally don’t last long, so a woman who uses only the fertility awareness method is bound to abstain from sexual intercourse most of the time for the method to be effective. In addition, it doesn’t protect from STI.

Such a multitude of available methods might seem overwhelming, so it is advisable that you consult your healthcare provider or a sexual health doctor, so that he/she can help you find the option that works best for you and your partner.